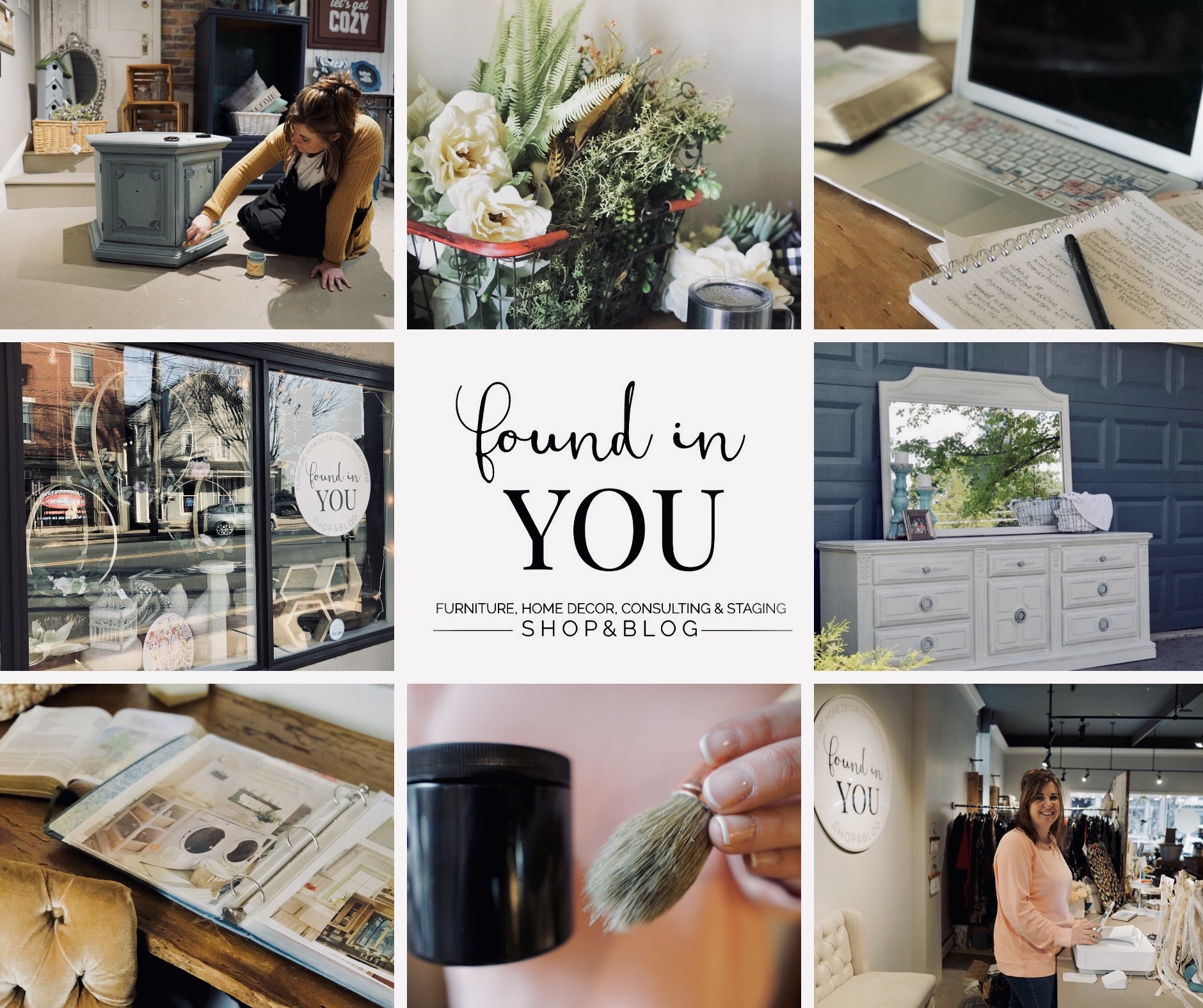 Last fall, right before my open house I shared a post with you guys about how each year I do something more to prepare for the holiday season.  Each year I try to be better prepared, try to make it easier on Scotty, on my family, on me, on my emotions, on my body.  You know the saying, “work smarter not harder”.

Except in fact by trying to work smarter, I am expecting more of myself. I began expecting this tip top shape, perfection that is unattainable. I am so disappointed when it still ends up being hard.

This year the night before the holiday open house, after setting it all up, I told Scotty, “I am still so tired.  I did all I could think of to prepare in advance and I still hurt all over and it still took so long .”

Dumbfounded, he looks at me and said. “You ever think that maybe it’s just plain hard Bethany?!? That maybe this is as easy as it’s going to get.  Maybe you did all you could and it turns out it is just a lot of work.  Look around you and see what you’ve accomplished.”

Scotty – “Bethany.  You are doing enough.”

You ever find yourself here?  Disappointed by how hard it still is.  After all this work, all this learning, all these lessons.

What am I supposed to do then?  Like just let it be hard? Sit down?

FYI -We’re not still just talking about setting up Christmas decor at the shop. LOL.

What are we supposed to do when we’ve exhausted our options? Pray for a rescue from the hard times? Pray to have those hard times taken away?

Have I prayed all these prayers? You betcha baby.

Do I believe that God is our rescuer?  HE IS OUR GREATEST RESCUER!  He is OUR SALVATION.

Is God also our provider?  Our Jehovah Jireh?  Does He have a surefire plan, knowing what we need and when we’ll need it?  Is he all knowing, loving, and supreme?

So what happens when we begin to trust God as our PROVIDER when we are in the heat of hard times, and not only as our RESCUER?

I’ll tell you what happens. A shift in our perspective. An opportunity to grow. A pivot.

END_OF_DOCUMENT_TOKEN_TO_BE_REPLACED

I once heard this phrase and it was only after I stopped being one that I realized I had spent most of my life as one.  You know couch potato, pew potato.  Slide in the back, get the fill up, or do the motions, slide on back out and head right back to that Monday-Saturday grind.

The only value I think that I could find in being a pew potato is the ignorance of surface living and living without a reason to take a stand.

I pretty much stopped being a pew potato about 7 years ago, when God showed me how much I owed him.  How much he deserves my participation, my worship, and my life’s testimony.  Over these last few years since shedding that armor of ignorance and spiritual apathy- I have encountered and struggled through some real things that I know have come as a result of my choice to be vulnerable.  It’s sometimes feels like the vulnerability is a red and white target circle on my back.

This past weekend we shared during the morning service about our marriage.  It was such an awesome opportunity to speak together.  I love preparing for times like that, especially if I get to do it with Scotty.  It’s those times that I realize how much I love to be in love with him.  This time was different, because part of what we felt led to share was more Scotty’s story than mine.  More his vulnerability than mine.  I can’t tell you how passionate that makes me, how fired up it makes me to see him share and give something of himself.  It’s a real gift when he does that.

And I knew well enough from the past that the hours and days after sharing might mean doing a little extra battle based on our vulnerabilities.

This week was no different.  So much got thrown our way that felt devastating.  Devastating to our home, to my business, to our relationship, and to our kids.  There was so much potential to see these darts and arrows headed towards our precious targets as devastating that we almost caved.

And there it is the pivot.

This week I have had this extremely uncomfortable sense of dependency and in some ways despondency.

I don’t like it.  It’s not natural for me.  I am independent. I have a plan.  I know the next step.  Except this time, this week it seemed like the next step was like a lily pad floating just ever so out of my reach, a little hard to see through the pond fog, and I didn’t feel any pressure to leap to it.

It was almost like God was saying just stop a second will you.  Don’t hurry to it.  Don’t rush to that next step.  I like you right here needing me, needing Scotty in a different way.  You are safe here.

So tonight I am writing this in an uncomfortable place, but not an unsafe place.  An unknown feeling, but not an out of control feeling.

I read Matthew 5:45 today not for the first time, but the first with a new perspective.  This perspective of an unhurried, unfazed, unworried God.  A sovereign Maker.

“that you may be children of your Father in heaven. He causes his sun to rise on the evil and the good, and sends rain on the righteous and the unrighteous.”

My realization came like this- The good don’t deserve the sun more than the evil in Gods eyes.  He causes it to rise on us all, good or evil.  Just like the rain isn’t saved for the unrighteous and a magic umbrella appears for those who consider themselves righteous.

All created by Him.  All under His control.  All within in His scope.  All part of a plan.

I find much security in that while also recognizing I have grossly miscalculated what I think I deserve. 🥴

And worse and more painful to admit- what I think some don’t deserve.

Did I think because I was doing what He called me to do I might need a higher SPF?  Like it’s sunnier where I am?

Did I expect that He’d pull out the umbrella for me because I am obedient to His call?

A perspective pivot that brings on repentance is the kind of rain you dance in.  The kind of sun that burns a little, but gives you a healthy glow.  Painful and embarrassing, yet contagious and motivating.

Here for all of it.

There have been days in the past when I wished I had a t-shirt that said “Today is not the day.  And I am not the one.”

If I’m really honest, I’ve had strings of days like that, maybe because of a tough conversation, a frustrating day with the kids, or when I’ve felt stretched thin from too much going on in our lives.

What I didn’t realize until recently is those feelings, feelings of anger in the form of resentment, the desire to isolate and “check out” from responsibilities, and the feeling of wanting to throw my hands up in the air in resignation are all rumble strips or warning signs of misalignment in my faith and life.  Just like the apostle Peter sinking when he took his eyes off of Jesus, these rumble strips have begun to help me recognize when I assuming control and beginning to do life on my own strength.  And inevitably, most every time and like many times before my own strength and control fail me.

Fail me because my self imposed high standards can’t be met.  Fail me because even when I am not searching for imperfections, my mistakes assault me.  Fail me because when I’m out of alignment with Christ, my inner critic is louder than all the other voices, especially the voice that actually guides, heals, and satisfies, the Holy Spirit’s.

And this is the place I found myself when I opened an email letting me know what I had provided wasn’t what they were looking for.  And to please try again.

And I was like boxing gloves on, hold my hoops… come again?!?

END_OF_DOCUMENT_TOKEN_TO_BE_REPLACED 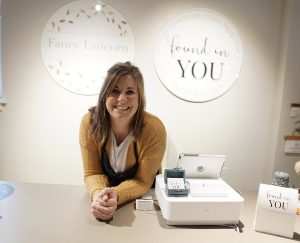 I’m Bethany, the creator and voice behind Found in You.  I am happy you are here.  If you care to hear more of my story and how Found in You came to be click here

Be in the know

Sign up to receive email updates about events and shop news.